The automatic Stag model was completed on April 10th, 1970, and is pre-production car 12, chassis number LD17. 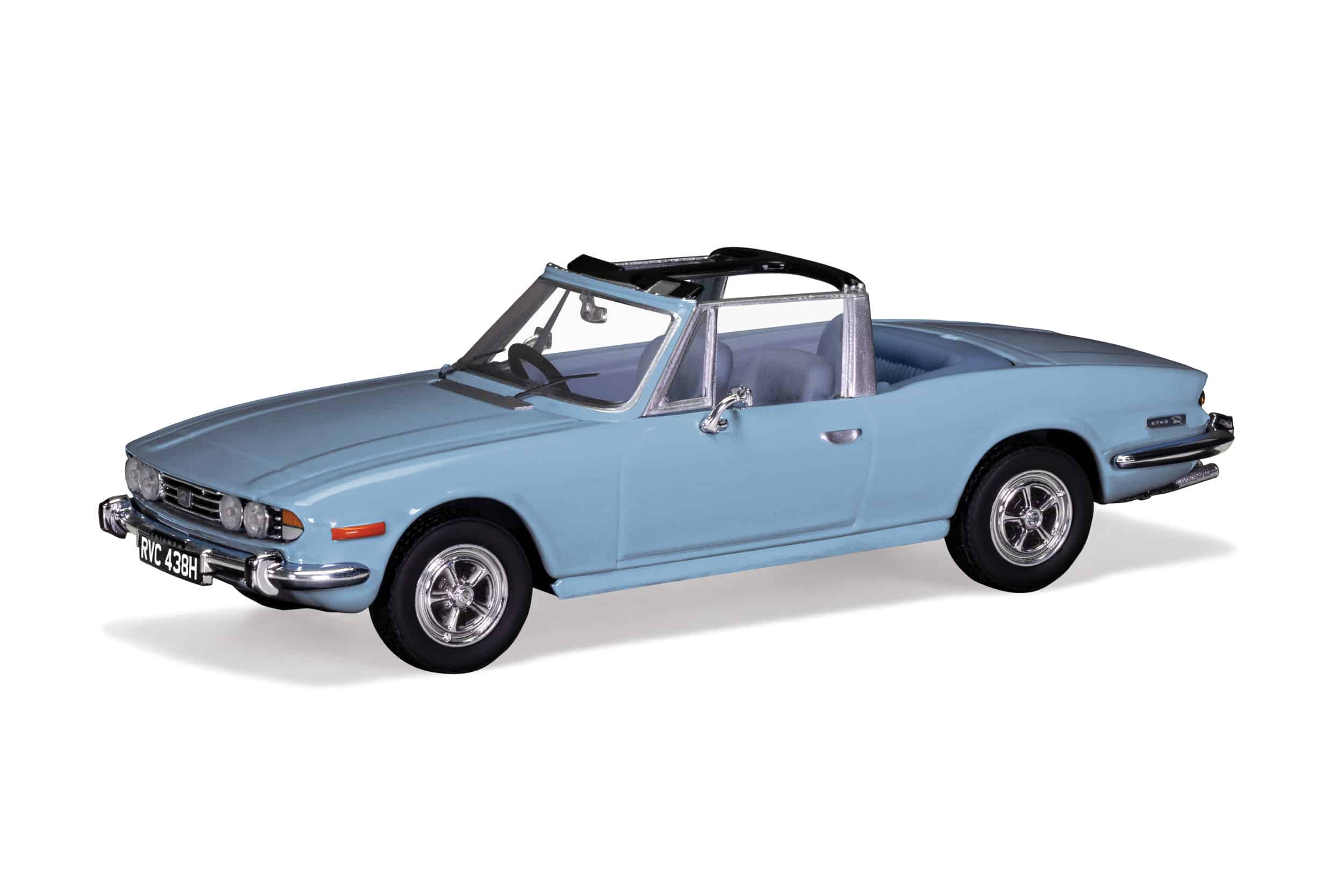 The automatic Stag model was completed on April 10th, 1970, and is pre-production car 12, chassis number LD17. It is one of approximately twenty-five pilot-build Stags built before full production commenced; a process designed to simulate the production line and finalise the assembly sequence, jigs and tooling. LD17 was one of 12 Stags taken to Knokke, Belgium, in June 1970 for the Stag’s press launch which allowed Triumph’s Gordon Birtwistle to test each example on the Jabbeke Highway prior to the journalists driving them. It also featured in Maxwell Boyd’s Sunday Times’ Road test and the BBC TV documentary ‘The Dream Car’, which followed the Stag’s development up to and including the car’s launch.

Retained by Triumph for PR work, LD17 starred in Gordon Wilkins’ Stag road-test for BBC TV’s ‘Wheelbase’ programme and a favourable report by John Bolster in Autosport. One of only three Stags in Wedgewood blue (then being phased out of Triumph’s colour palette), it was eventually sold by Triumph and by 1985 Triumph specialists, The Stag Centre, had purchased it.

In 2003 enthusiast Martin Dimmick took ownership and, with help from the Stag Owners Club, reclaimed its original number plate, stripped it and had the bodyshell restored. Current owner, London-based Chris Bodill, purchased it dismantled in 2012 and completed the restoration in 2020. It was then featured in the November 2020 issue of Classic Cars magazine, which celebrated the Stag’s 50th anniversary.

License line The Triumph logo and the Triumph wordmark are trademarks of BMW AG and are used under License.

There are no reviews yet.

Only logged in customers who have purchased this product may leave a review.

Slickshifts.com does not store or process your card details, we hand the security and payment collection over to PayPal.

The automatic Stag model was completed on April 10th, 1970, and is pre-production car 12, chassis number LD17.